Instagram, a compromise in good UX for simple UI

Instagram started growing on me as Twitter and Facebook both became places where I’d only share specific type of content. A few months ago I got an iPhone 5 and have been quite active on Instagram. But I hate the app’s UI. The UX is simple and perhaps the conflict between simple UX and good UI makes itself evident. Here are few examples.

1. When was the image taken: 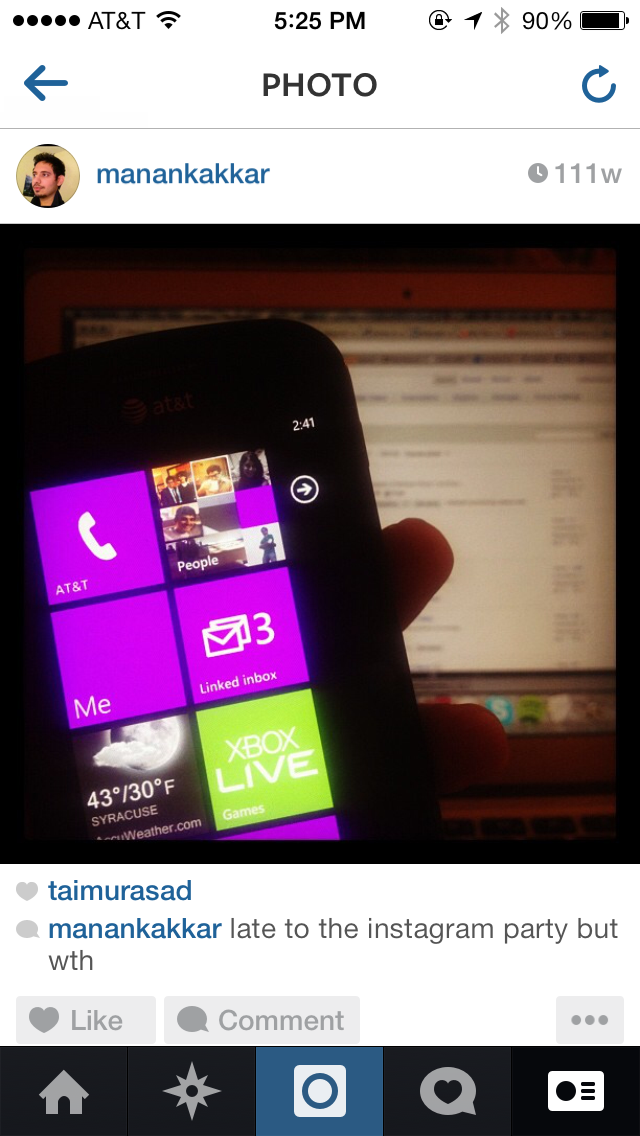 Clearly 111w is very useful to a human. I only wish my Math was so damn good that I could calculate when the images were taken without WolframAlpha. Then again, how would you show the date & time – and that’s conflict 1.

Instagram shows" 3h" which is a simple UX element but the moment you go more, say 30d, it loses its value. And showing date any other way affects the simple UI.

The first time I used Instagram I tried tapping the image once to “open” it, it didn’t. I then double-tapped hoping that would zoom the image; it didn’t, instead it “liked” the image. Weird since a single tap in Photos, Safari, Twitter or most iOS apps for that matter opens the image and double-tap zooms in.

Then again, Instagram doesn’t have the functionality of “opening” an image so that’s Instagram trashing the basic UX element of iOS into the bin for simpler UI. For some reason they decided to force you to only share what can fit in a square. Anything more? No go. 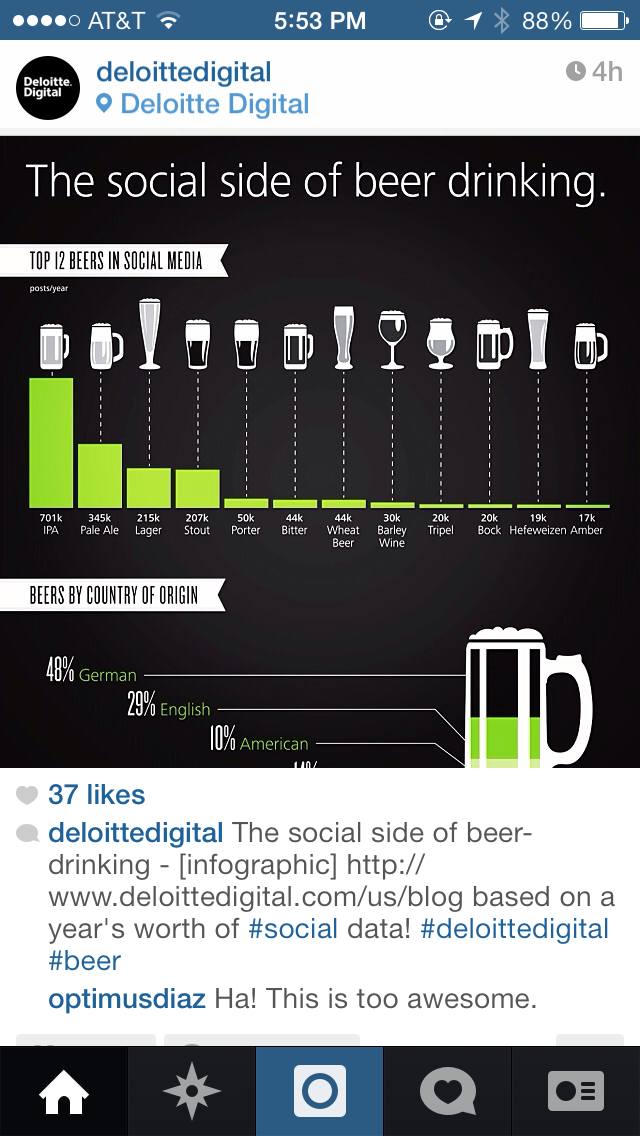 This makes no sense to me. It’s possibly one of those bad UX decisions that I’d love to know why it was made. It seems such a useful UX element to have when I’m browsing a user’s set of images.

Funny enough, if you’re in the trending section and select a image then swipe from the left edge you go back to the trending section. But the UX gesture does not work when go through a user’s profile to view an image. It simply doesn’t make sense! This isn’t even a compromise due to UI.

Funny enough, Instagram has provided you with a button to “like” the image you’re on but doesn’t want you to easily go to the next/previous one.

This is very complicated. Instagram will show convert hashtags into links within the app simplifying the UX of searching but they won’t show you links, since IMHO (this is a hunch), it makes comments and descriptions look bad, huge potential for spam and sends a user out of the app - which is a bad thing. Clearly Instagram made a conscious decision choosing clickable hashtags over URLs. Bad UX but good UI (with the bonus of no spam).

Stylus and the pen

In the world of Apple apologists (and I don’t use this term lightly) Steve Jobs’ quote about having a stylus is the end to every argument. The debate around having a stylus, today, is misguided. There’s a fundamental difference between a... Continue →